Apart from the fact that he worked as a schoolmaster in Bristol, and died in the year 1713, virtually nothing is known about the life of Hugh Turford. However, his little book “Walk in the Spirit,” first published in 1702 (but having been reprinted in twenty-eight English editions, and translated into French, Spanish, Italian, German, and Danish) is considered by many to be among the most influential of all early Quaker writings.

Ever since men came to be persuaded that though they sow tares, they shall still reap wheat, and though they go down to the grave sinners, they shall still rise saints, and attain in another world what the primitive Christians attained in this world; since then, I say, the citizenship of Christians has not been in heaven, but in the earth. They have walked in darkness and not in the light.

The primitive Christians built on a sure rock, a living foundation, on Christ as He was in all ages, and still is—on His spiritual appearance as the light of the world, and the life of righteousness. His work of sanctification is inward, and is to be effected by inward means. Nothing but inward light can expel inward darkness; nothing less than eternal life can deliver our souls from the power of death. But this way of God’s salvation has been so long rejected, that few in our present age know what His Spirit is, where they may become acquainted with it, or how they may walk in it. 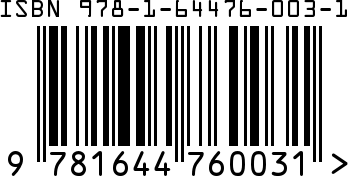 Friends Library Publishing exists to freely share the writings of early members of the Religious Society of Friends (Quakers), believing that no other collection of Christian writings more accurately communicates or powerfully illustrates the soul-transforming power of the gospel of Jesus Christ.

Download this and other books for free at www.friendslibrary.com.

Walk in the Spirit

Walk in the Spirit

A treatise by Hugh Turford first demonstrating the meaning and importance of Paul’s words to the Galatians, “Walk in the Spirit, and you shall not fulfill the lust of the flesh,” and then explaining the nature of grace, and how it saves from sin and effects man’s salvation.

Where did Hugh Turford live?